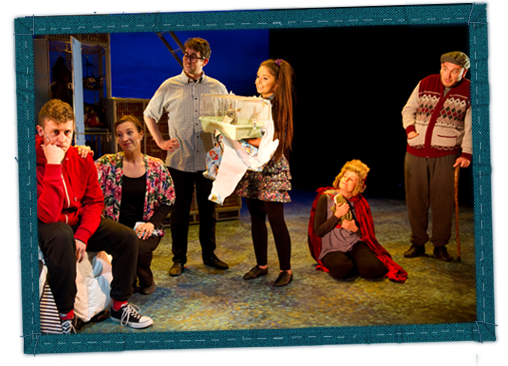 See our other shows

Malcolm doesn't like animals, which is a problem because his family love them. Their house is full of pets. What the house is NOT full of is stuff Malcolm likes. Such as the laptop he wanted for his birthday.

The only bright spot on the horizon is the Year Six school trip, which Malcolm never thought his parents would pay for. And yet there he is, on the bus, heading to... oh no. A farm.

After a bizarre school trip unlike any other, Malcolm begins to understand animals more deeply than anyone. But will he end up the same as before? Because sometimes the hardest thing to become is... yourself.

'Spending an hour with Story Pocket Theatre is like curling up in a warm bed, and being read a story while you nibble on a piece of toast... Well-loved, well-delivered and very well received stories.'
Kelly Apter, The Scotsman

'beautifully scripted, intelligently connected, and skilfully performed... this talented group are producing some of the best children's theatre we have seen.'
Caro Moses, Three Weeks