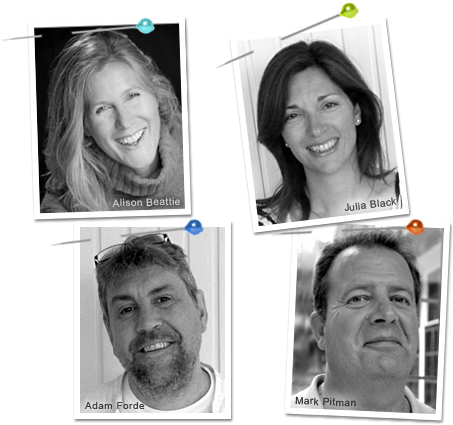 
Story Pocket Theatre was set up in 2013 from a passion to produce beautiful, wonderful and magical theatre for families and to keep the classic stories alive.

Alison is an accomplished actress, singer and musician and brings a wealth of experience and knowledge to the Company. A talented theatrical and artistic producer Alison has organised large scale regional theatre projects both abroad and in the UK as well as national dance competitions showcasing at Sadlers Wells and other important European venues. In the UK Alison has been particularly involved in the development of theatre for young people, working for the Yvonne Arnaud Youth Theatre for five years in operational management and also contributing expertise as a musical director and leading workshops. Alison believes in bringing young people into direct contact with theatre and music professionals in a working environment, considering it to be one of the best ways to enable learning and to inspire the next generation of performers, writers and directors. Her largest community project in the UK to date involved bringing together a cast and orchestra of 180 professionals and young people.

Julia is an important creative force in Story Pocket Theatre and has been a true pioneer of youth and family theatre throughout her life. A talented director and writer with direct experience of teaching in schools, Julia brings to the team a lifetime of experience working with young people, professional actors and musicians. Julia was a key figure in the development of the Youth Theatre Programme at the Yvonne Arnaud Theatre directing over 50 acclaimed productions and building it to become one of the most exciting and active youth theatres in the country. Julia believes in promoting new writing and has premiered many new productions.

Adam has a lifetime of experience in theatre spanning more than 30 years. An actor, director and writer, he has worked extensively in family theatre creating productions with and for young people. He worked for 14 years at Guildford's Yvonne Arnaud Theatre, directing more than 40 productions, and, as Head of Youth Theatre and Education, he presided over one of the busiest and most successful Youth Theatre's in the country.

Adam has also directed opera, more than a dozen pantomimes, plays and musicals. His adaptations, with music by David Perkins, of Arabian Nights and The Wind in the Willows have both been published and are regularly performed around the world. Other writing includes: Off the Level (with Alison Beattie), a cautionary play about railway safety that continues to be performed nationwide; a musical adaptation of Emil and the Detectives; an adaptation of Michael Morpurgo's novel The War of Jenkins' Ear; five pantomimes; English adaptations of two operas; Forever Young, a compilation of poetry, prose and song from the Great War; and countless sketches.

For Story Pocket Theatre, Adam has adapted and co-directed Arabian Nights, A Pocketful of Grimms and Michael Morpurgo's King Arthur (from the novel Arthur: High King of Britain), all of which have toured extensively around the UK and abroad. He devised Storyteller, Storyteller with Julia Black and the original cast and devised the Edinburgh Festival Fringe hit Pub Quiz for Kids. He also wrote and performed the Christmas story of The Ghost(s) of West Green. He co-directed The Nutcracker, Story Pocket's Christmas hit.

Mark has no experience with stage or screen. He left school at 18 and became an Estate Agent which could become a little theatrical!

He then moved on to property investment and development throughout the UK but concentrating on London and the South East.

In the last 20 years he has invested in and helped run sales and manufacturing companies.

Story Pocket is his first theatre company and he loves the enthusiasm and commitment shown by this talented team.

He and his lovely wife Jackie are also now promoting 2 artists. He admits to starting out not understanding the importance of The Arts but now knows how it can transform many people's lives.